The evolution of ropeways

The history of ropeways 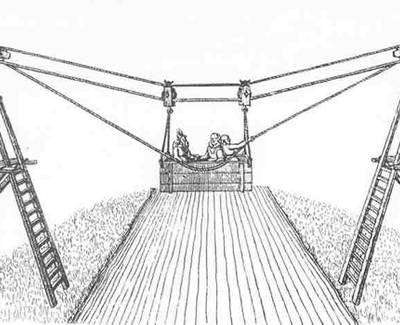 Thousands of years ago:

As far back as thousands of years ago, transport problems were already being solved with the help of ropes. Ropes wound or woven from animal skins or plant fibers helped to surmount rivers and gorges. Such early ropeways have been found in China, Japan, Brazil, New Zealand, and India. In Europe, the first ropeways were used during the Middle Age to build the fortifications of fortresses.

The modern ropeway made its first appearance in the 19th century. There was a clear distinction between passenger transportation on the ground (funicular and cable cars) and transport of goods on the ground or in the air (aerial ropeways). Starting around 1900, higher-performance aerial ropeways also began to be built for passenger transportation. The first urban cableway was built in Lyon, France in 1862, where the three-car trains carried up to 324 people.

During the 19th century, the funiculars were also used for leisure excursion transport, such as in 1874 at the Leopoldsberg hill, near Vienna, Austria. Included in the leisure time classification are also those short aerial cableways that provided visitors to Expos and amusement parks with special entertainment. 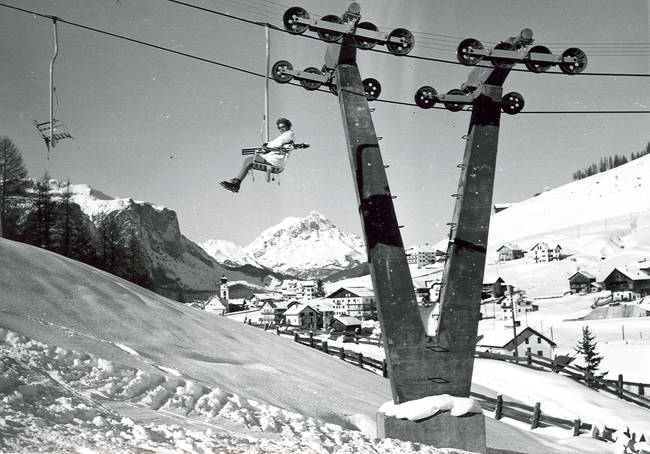 From 1907/1908, the know-how acquired with the intensive use of similar systems for goods began to be applied to the construction of modern aerial cableways for passengers. In 1908, the first ropeway for passenger transportation in Central Europe, the “Kohlernbahn” was built in Bozen, Italy, by LEITNER.

Winter tourism required ropeways that were more and more efficient, yet at the same time comfortable. In year 1930 the first large cabin gondola lift was built near Freiburg, Germany, followed by the first ski tow lift in 1933 in Davos, Switzerland and the first chairlift in Sun Valley, USA in 1935.  The year 1947 marked the first Italian chairlift made in Corvara by LEITNER.

Ropeways are mature, efficient and comfortable means of transport that are used mainly in the areas of winter sports and tourism. Thanks to their specific characteristics, such as flexibility and cost efficiency, ropeways are also gaining in importance as a means of transport in urban areas.