The cooperation between LEITNER ropeways and BMW has been expanded. The Qebele Mountain Resort in Azerbaijan now also has four “BMW Individual for LEITNER” cabins in operation. The mountains between the Caspian Sea and the Caucasus are home to a ski area for which the LEITNER Group, together with LEITNER ropeways, PRINOTH and DEMACLENKO, provided ropeway systems, snowgroomers and artificial snow making systems. As well as the construction of the entire development structure and pistes, four LEITNER detachable gondola lifts have been built. The newly constructed 18 km piste has 230 outlets for 180 DEMACLENKO snow cannons, which are fed by three pump stations from a reservoir with a capacity of approx. 100,000 m3. Four PRINOTH snowgroomers ensure perfect piste conditions. The four gondola lifts from LEITNER ropeways, two Telemix and two 8-passenger gondola lifts are each equipped with a “BMW Individual for LEITNER” cabin. 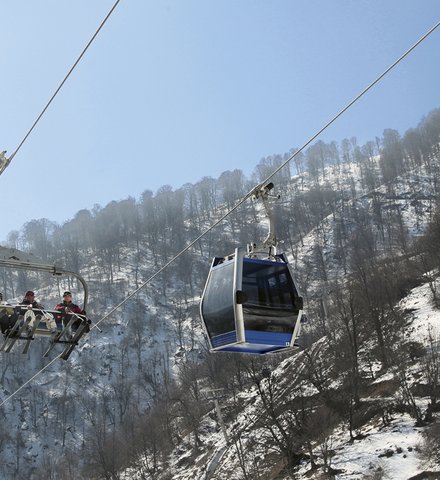 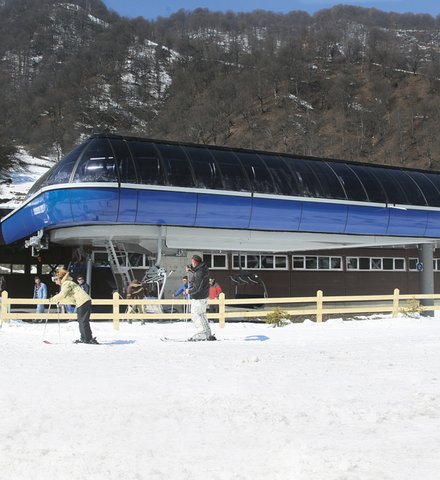 TMX6-8 Qafqaz 5
back to overview