With efficient networks, high-speed communications and optimum mobility, building complex THE SQUAIRE at Frankfurt Airport is certainly hitting the headlines. It is one of the largest office buildings in the world in which high-tech plays a central role. Since February 2012, a MiniMetro system by LEITNER has linked the car park with the main building, thus impressively demonstrating that comfortable and reliable passenger transport is possible at low cost and with a high level of environmental sustainability. 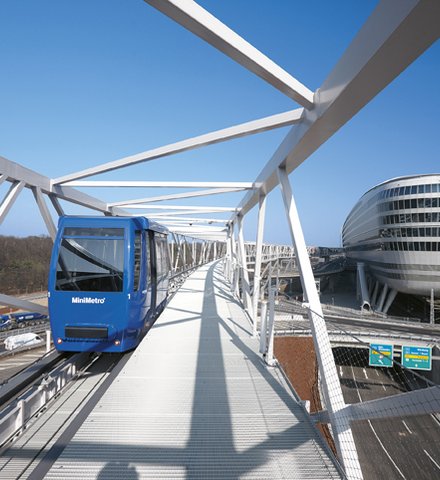 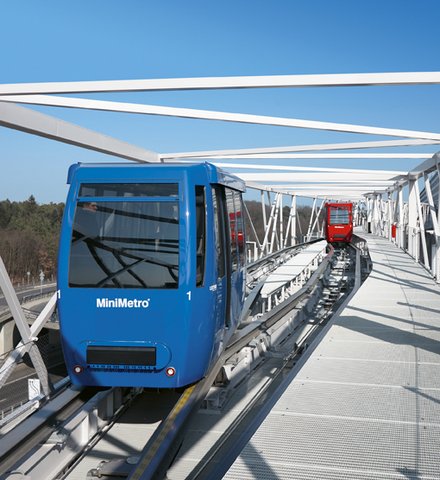 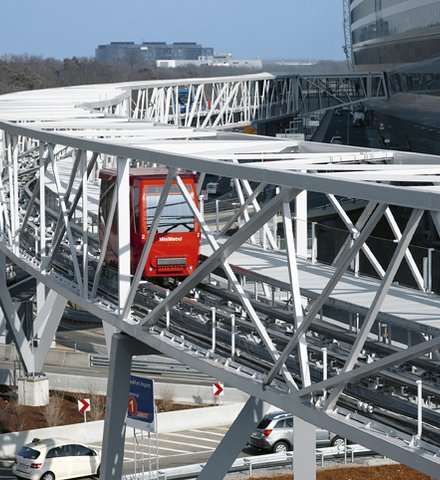 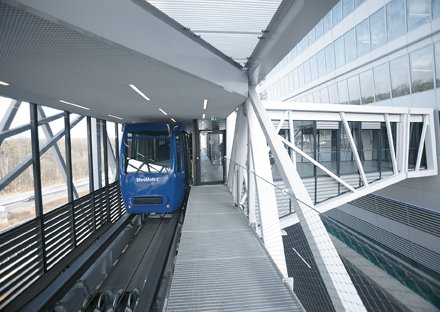 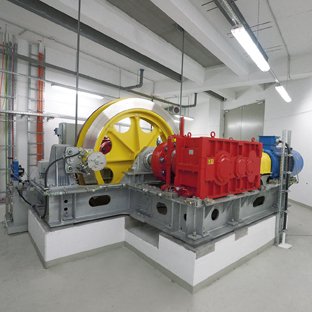 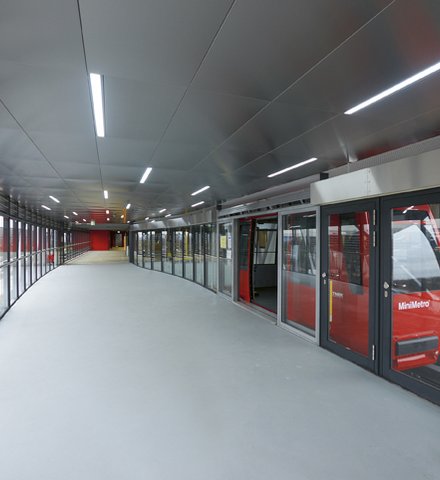 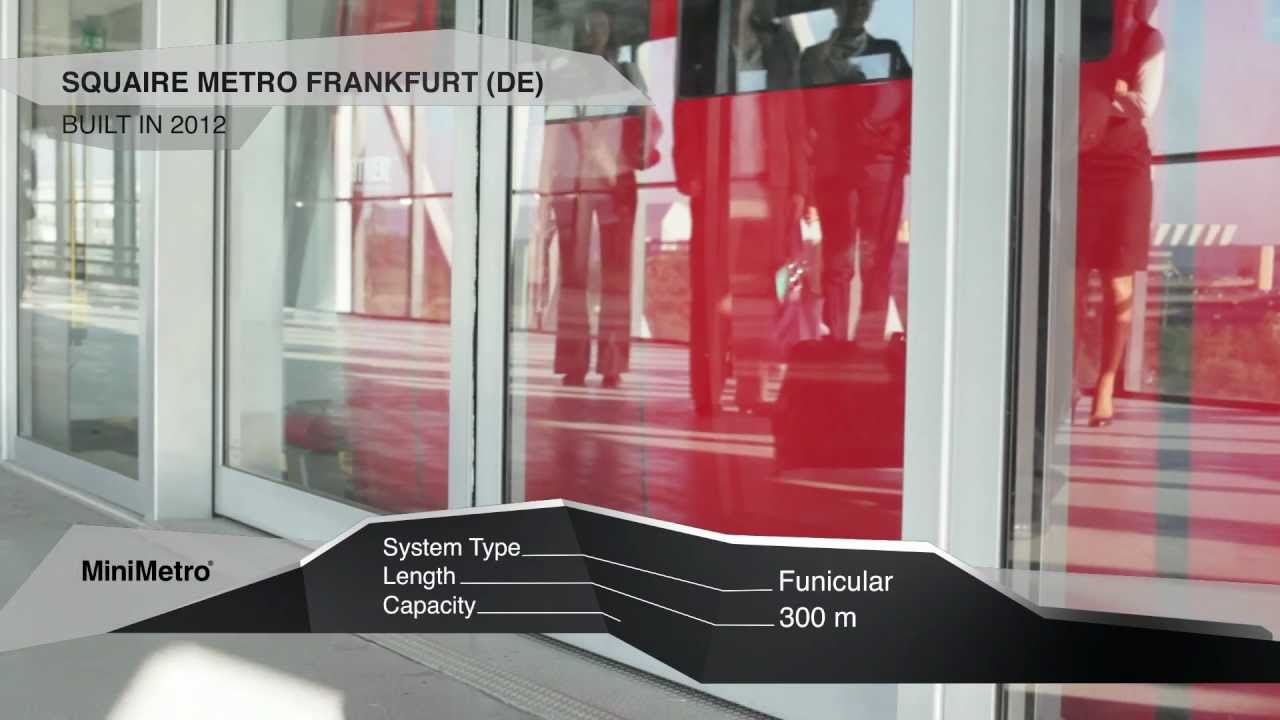 March 2011 - The trip by SQUAIRE Metro takes just 80 seconds, but still manages to offer plenty of spectacular views. This particular MiniMetro travels 16 to 18 meters above the A3 motorway, B43 federal road and the train line, and connects the car park to the avant-garde building THE SQUAIRE at Frankfurt Airport. The 300 meter long route started running on February 13th 2012 and is an unusual and prestigious project in many respects. At 660 meters in length and 65 meters wide, THE SQUAIRE is one of the largest office developments in the world. This ‘horizontal skyscraper’, as it is also known, represents a new and forward-looking design – a complete city spanning 140,000 square meters, all under one roof. The concept is called New Work City, and among other things houses cafés, restaurants, supermarket, medical practices, fitness facilities, two hotels, a day-care center plus a business and conference center.

Such ultra-modern structures focus predominantly on communications and mobility, so the urban application of a cable-drawn transport system provides many advantages: in the case of the SQUAIRE metro, both building and labor costs are comparatively low thanks to its automatic operation. Nonetheless, it boasts an impressive transport capacity of more than 1,500 people per hour with high frequency departures.

Implementing the SQUAIRE Metro involved stringent technological requirements. A great amount of detailed work and technically sophisticated solutions were needed to manage the system’s consistent use around the clock and virtually fully automated operation (driverless operation). But LEITNER’s technicians were also challenged in a logistical respect: the system runs on a bridge construction 18 meters high and forms the perfect connection between the state-of-the-art car park – which has 2,500 spaces, a greened roof and electricity-saving LED lighting - with THE SQUAIRE development complex. This enables both tenants and visitors to reach their destination quickly and easily.

The SQUAIRE metro runs on rubber wheels over a 300 meter rail, handling a steady gradient of 0.74 %. The five meter high, 5.35 meter wide monorail construction is supported on eight steel pillars and is called the Skylink. It contains the track and the platform as well as a evacuation point for passengers in the event of an emergency. The system runs at a speed of six meters per second and carries up to 1,700 people in each direction every hour. The low weight of the MiniMetro and its advantageous drive technology has facilitated the dimensioning of the complex bridge construction. And by taking only two years from conception to implementation, the MiniMetro has certainly proved its worth.