The construction negotiations for the new GD8 Elferbahn were conducted for the first time according to the new ropeway law from 2003. That is why the commissioning of this ropeway was an Austrian premiere and marked the beginning of a new era. It means that since 2004, it has been possible to use LEITNER electrical systems for detachable ropeways in Austria. Although many operators worldwide already employ the LEITNER electrical system, its use in Austria was only possible in systems that were signed off following the passing of the new ropeway law in 2003. The Elferbahn gondola lift operates during the summer and winter. 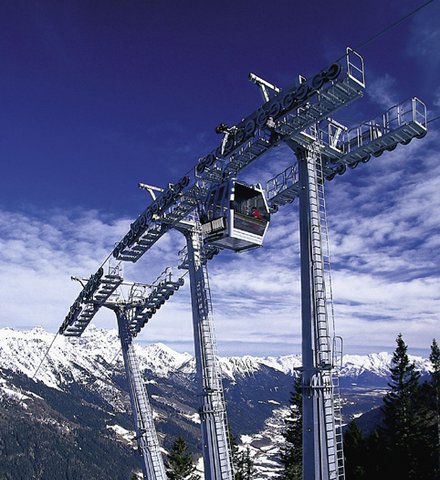 GD8 Elferbahn
back to overview