The GD10 Wagstättbahn gondola ropeway replaces the Wagstätt two-seater chairlift and the Wurzhöhe draglift and leads from Jochberg to the Wurzhöhe in two sections. Both sections are driven by a shared drive, the DirectDrive, from the midway station via a double-grooved drive sheave, whereby the tensioning of both rope loops is done separately in the bottom and top stations. The newly developed DirectDrive used for the ropeway has a drive power of 880 kW and working torque of 360 kNm and is the largest version of its type. The particularly quiet drive is controlled by the LeitDrive frequency converter, which was specially designed for the requirements of the DirectDrive. It sets a new standard in drive technology and, thanks to its integrated liquid cooling system, is particularly efficient and environmentally friendly. The waste heat generated can even be reused via heat exchangers, contributing to a further reduction in primary energy consumption. 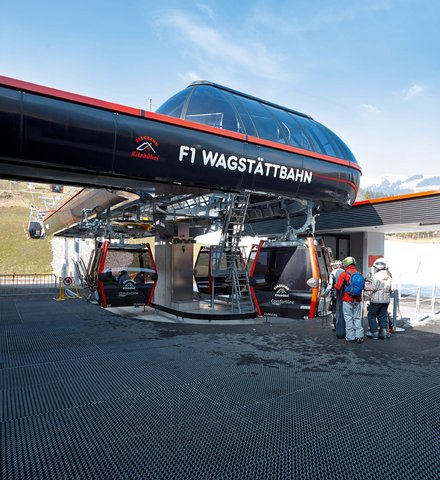 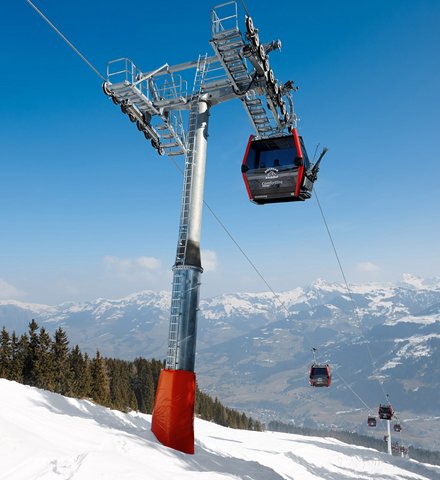 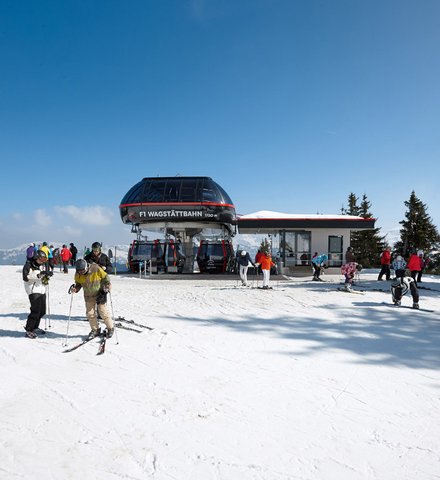 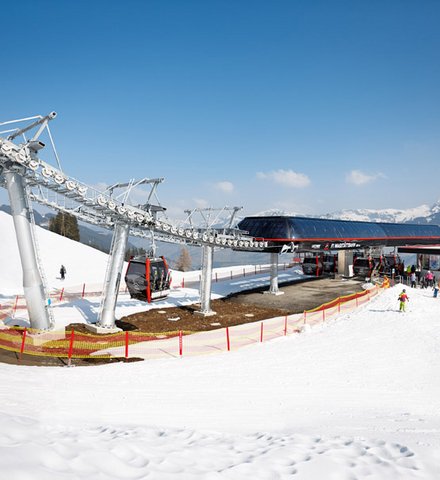 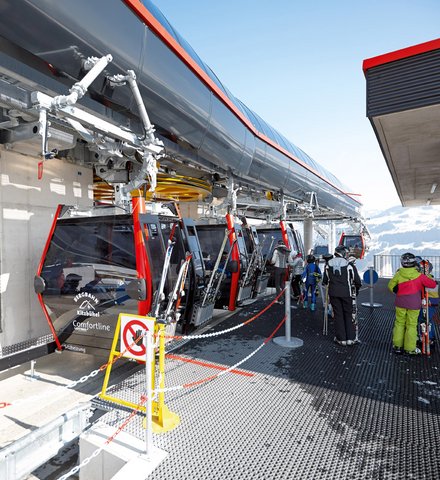 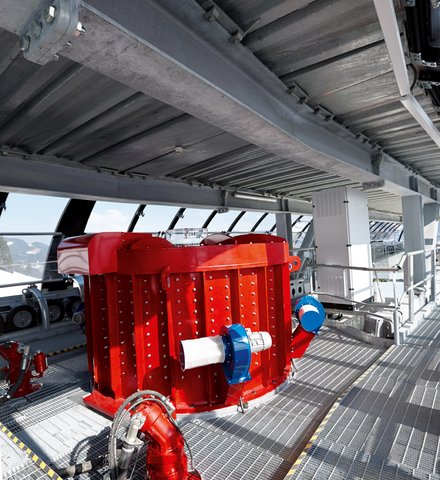 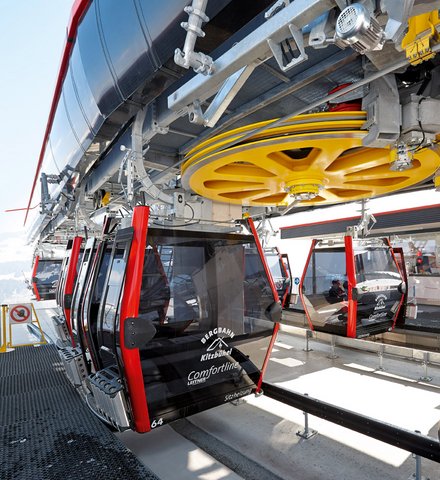 GD10 Wagstättbahn 1+2
back to overview