This ropeway in LAAX impressively demonstrates that modern systems can offer great comfort and high performance while at the same time being economical and sustainable. With the DirectDrive from LEITNER ropeways, solar panels, CO2-free power and wood from the region, Weisse Arena Bergbahn AG has adopted a comprehensively sustainable approach. 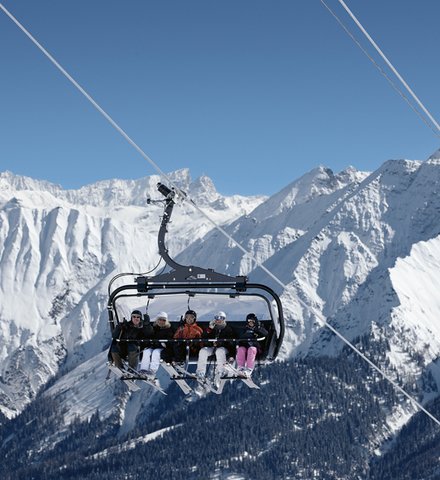 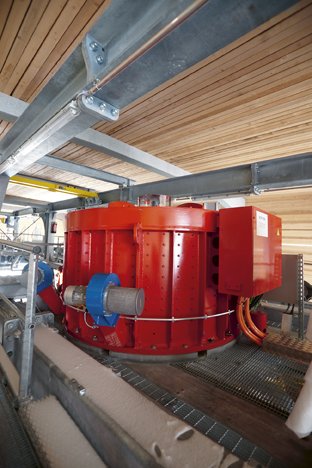 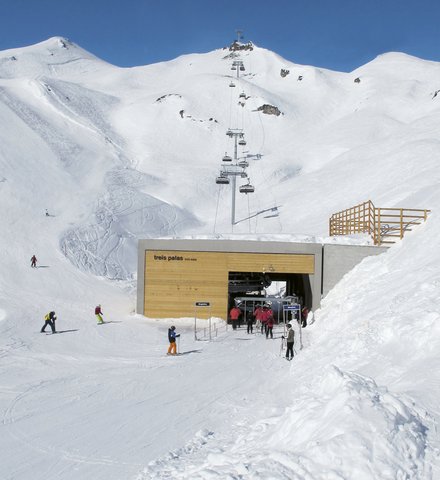 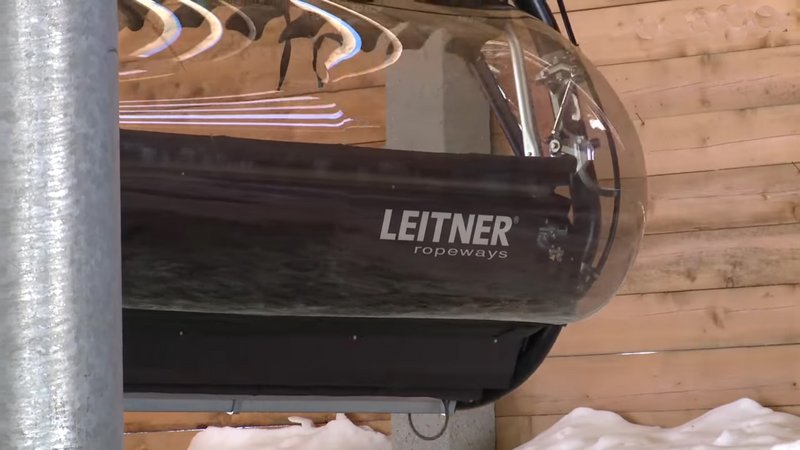 The sun provides the energy for the seat heating

December 2012 - Two new ropeways from LEITNER ropeways in LAAX impressively demonstrate that modern systems can offer great comfort and high performance while at the same time being economical and sustainable. With the direct drive from LEITNER ropeways, solar panels, CO2-free power and wood from the region, Weisse Arena Bergbahn AG has adopted a comprehensively sustainable approach. The timelessly elegant architecture of the bottom station with a facade of Graubünden wood, the black seats with their harmonious design: even at first glance, the innovativeness of the existing Alp Dado 6-seater chair lift in LAAX is quite clear. With the ropeway in operation since 2011 and the new CD6C Treis Palas - Crap Masegn 6-seater chair lift from LEITNER ropeways due to be inaugurated this winter, new standards are being set both in terms of performance and economy as well as sustainability. The Alp Dado installation, with a speed of six meters per second and a capacity of 3,200 people per hour, is one of Switzerland's most modern ropeways. It was the first ropeway to receive approval for this maximum speed. Thanks to the exclusive LEITNER ropeways DirectDrive, it is also around 15 decibels quieter than regular chair lifts. Energy consumption is reduced by five percent with this type of drive, and extensive maintenance work and the disposal of gearbox oil are no longer required. The solid Graubünden wood used for the facade of the CD6C Alp Dado stations comes from sustainable forestry. It was sawed and finished on site. Transport requirements were thereby reduced to a minimum. The CD6C Alp Dado, like all ropeways and snow making systems in the LAAX ski area, are supplied with CO2-free power from its own hydroelectric power plants. Solar panels on the south side of the bottom station also provide the power for the heat seating for the chairlift. Especially interesting for passengers are the bubbles and child restraints on the individual seats.

The new CD6C Treis Palas - Crap Masegn installation, which opened on 30.11.2012, also boasts this equipment. The percentage of solar energy as a part of the total energy provided was again increased significantly. The two ropeways in LAAX are further evidence for LEITNER ropeways of the success of the combination of modern design and innovative, sustainable technology.