The highest Alpine Crossing by ropeway on Klein Matterhorn

The vision of a floating border crossing becomes a reality with the project Alpine X (Alpine Crossing). A video gives an insight into the mammoth project.

What do Hannibal, Napoleon, aviation pioneer Geo Chavez and Zermatt Bergbahnen AG have in common? The pioneering spirit unites them all when it comes to crossing the Alps. With the Alpine X (Alpine Crossing) project, Zermatt Bergbahnen AG (ZBAG) lays the foundation stone for the highest crossing of the Alps by ropeway in Europe. The tricable gondola lift Matterhorn glacier ride II will connect Zermatt in Switzerland and Cervinia in Italy in the high alpine terrain. 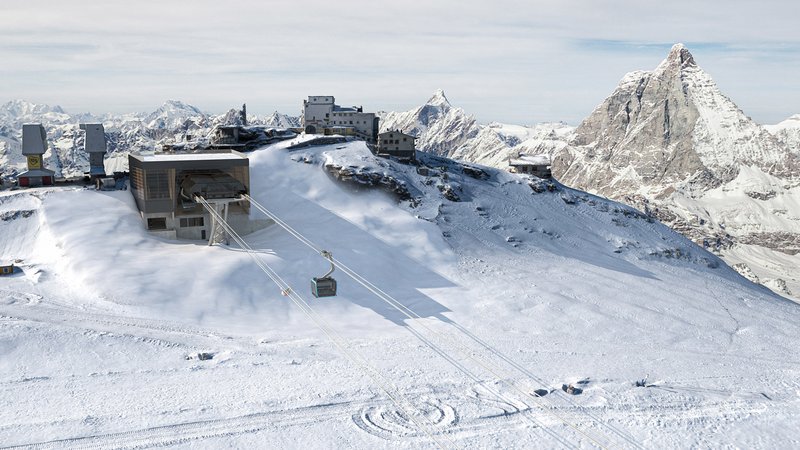 It is the last stage in realizing a long-awaited dream in the border area. In 1939, the Plan Maison - Plateau Rosa aerial tramway created the first connection between Breuil-Cervinia and Zermatt. This was followed by the train from Zermatt to the Klein Matterhorn in 1979. The next milestone was the opening of the Matterhorn glacier ride I in 2018. With the start of construction of the Matterhorn glacier ride II, an identical 3S gondola lift between Testa Grigia and the Klein Matterhorn, the last remaining gap between Zermatt and Breuil-Cervinia will be closed. Already in the 2021/22 winter season, the highest crossing of the Alps by ropeway will become a reality.

Zermatt Bergbahnen is investing millions despite the crisis
The economic and social lockdown due to the corona crisis has caused uncertainty across the entire tourist industry. However, rather than falling into a state of paralysis, Zermatt Bergbahnen AG has been setting its sights on life after the pandemic. The initial position may be more difficult but thanks to its sound financial situation ZBAG is going ahead with its major investments as planned and will continue with the construction of the Matterhorn glacier ride II. The cost of the project is estimated at 35 million Swiss francs. Due to the quick installation of safety measures at the construction sites, work could already start again this spring. 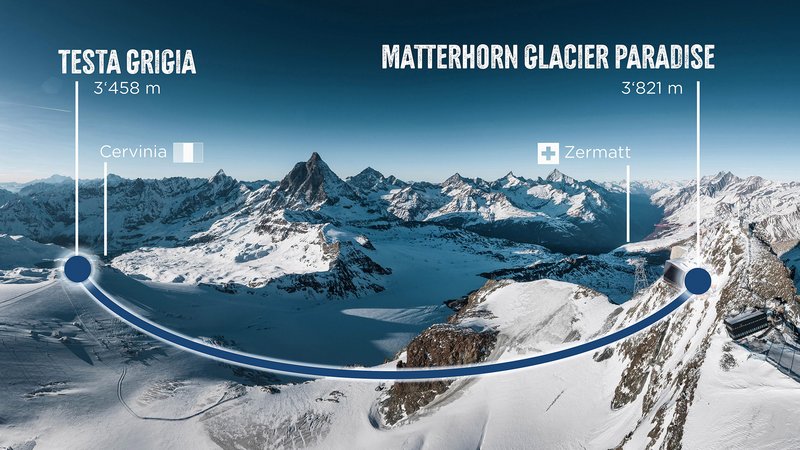 According to Franz Julen, Chairman of the Board of ZBAG: “The Matterhorn glacier ride II and with it the Alpine X, the all-year connection between Zermatt and Italy, will present ZBAG, the Zermatt-Matterhorn resort and the Valle d’Aosta with many opportunities and provide a boost for the tourist sector both in the winter and especially the summer. For many years, Zermatt has stood for pioneering spirit, entrepreneurship, a belief in tourism and in the future, but also for respect and humility in the face of nature. The Matterhorn glacier rides I and II, along with the associated infrastructure and services on the Klein Matterhorn, will form the next chapter in Zermatt’s success story.”

Custom technology at altitudes of nearly 4.000 metres above sea level 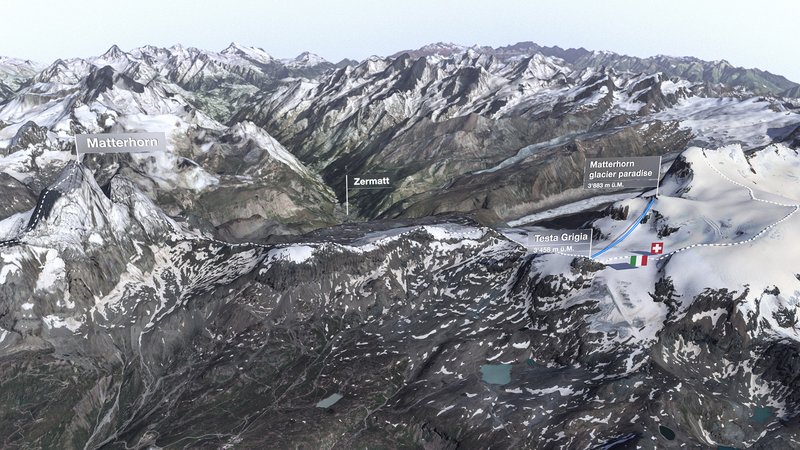 The installation of a tricable gondola lift in a location where space is severely restricted and at altitudes of over 3800 metres above sea level requires the highest levels of precision from the construction workers. For the construction of the Matterhorn glacier ride II, the LEITNER ropeways engineers developed an individual solution to cope with the difficult conditions. The following components were taken into account:

* Wind stability: Thanks to the increased wind stability of the 3S system, it is possible to construct the 1.7-kilometre span between the two stations entirely without the need for supporting towers.

* Drive power will be provided by two high-performance DirectDrive synchronous motors working independently of each other. Leitner’s DirectDrive system operates without gears and connects directly to the pulley wheel, reducing maintenance, wear and energy consumption to a minimum. In combination with the use of supplementary emergency and rescue drive systems, this redundant system ensures that in the event of an emergency passengers can always be brought back to the stations. The gondola lift has four separate drive types which can all be powered independently of each other via the electricity supply network or an emergency power supply.

* The third new feature in the mountain station will be a system of rails that make it possible for the cabins to be swapped between the two sections, so the cabins from the MGR II section can be mounted onto the MGR I cable and brought to the big station hall at Trockener Steg for inspection there.  The capacity to keep all the cabins from both sections at Trockener Steg and garage the ten cabins from the Matterhorn glacier ride II in the loop of both systems will save a great deal of space in the station buildings. 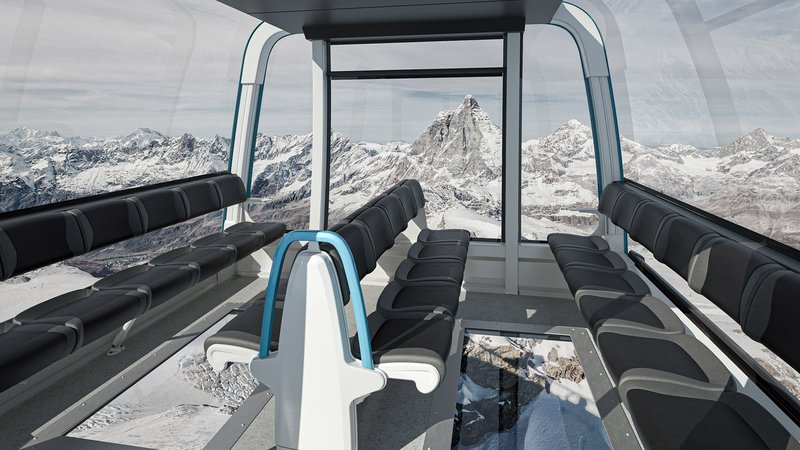 In terms of design and finishing, LEITNER ropeways is satisfying Zermatt Bergbahnen AG’s every wish. For example, passengers will have the pleasure of travelling in cabins designed by Pininfarina, sitting on heated leather seats and enjoying the views of the surrounding alpine landscape through panoramic windows. Anyone in search of luxury and excitement can book into one of the Crystal Ride cabins for the section between Testa Grigia and the Klein Matterhorn. The journey will be an experience to remember, thanks to the glittering Swarovski crystals and a glass floor that reveals views of the glacier below.

Watch the video about the Alpine X vision now!
To give an idea of the Alpine X vision, LEITNER ropeways and Zermatt Bergbahnen AG have jointly produced a video of the project. For the film, photogrammetric measurements of the Klein Matterhorn and Testa Grigia were carried out using a drone. The impressive video was edited together from a mixture of drone images, 360° video recordings of the route of the ropeway and 3D animations. It was only possible to overcome the challenge of filming at this altitude thanks to the expertise of our partners at LEITNER ropeways. The results speak for themselves. Immerse yourself in the Alpine X – or rather, take off and enjoy the flight over the Alps.