From the coming winter season for the first time the new gondola lift caters for a direct connection between the tourist destination Brzeće and Mali Karaman in the Kopaonik Mountains. The ropeway is run all-year-round and guarantees easier entry to the Serbian ski resort and offers the best possible facilities for every event, whether in winter or summer.

Breaks at Brzeće will be closed 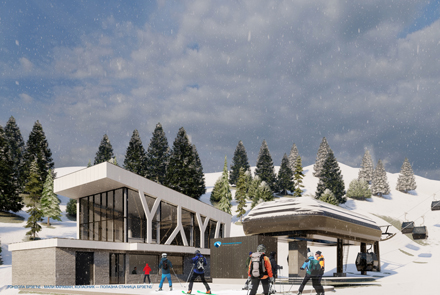 Up until now the link between Brzeće and the ski resort was by means of two 2-seater chairlifts - Bela reka 1 and 2 - yet without direct entry to Mali Karaman. With the new 10-passenger gondola lift this break will be closed from 2020/21 and Mali Karaman will become the area’s centre. In parallel with constructing the facility, the “Ski Resort of Serbia” is extending the existing ski slopes.

Transportation capacity will be greatly increased
The new cabins bring greater capacity to the ski resort and more rapid and pleasant transport for visitors. The GD 10 Brzeće runs four kilometres and reaches a vertical rise of over 843 meters and can carry 2,400 visitors per hour. It is equipped with 110 cabins. A single cabin will be constructed in a VIP version and will offer additional exclusive comfort.

It will be possible to carry bicycles in the summer 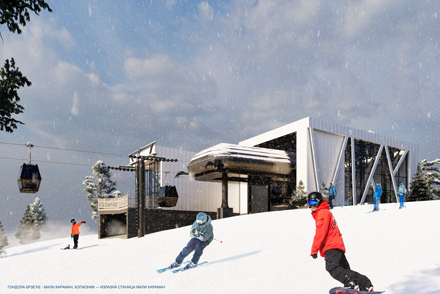 The most modern and at the same time largest ski resort in Serbia attracts a large number of sports enthusiasts not only in winter but also in summer. Thus the area is seen as a centre for active recreation and has also established itself as a great destination for bikers. This will also be taken into account in the new ropeway, in which it will be possible to transport bicycles.

Mali Karaman will be the hub of the ski resort
In winter the facility will be the new heart of the ski resort. It enables optimal distribution of visitors in the area which includes 55 kilometres of slopes. In future, the Mali Karaman centre will be very much better connected. There are 24 ropeways around the top station. One of these leads to the highest peak of the Kopaonik mountain, the 2,017 m high Pančićev Vrh. In the past the Serbian ski resort Kopaonik relied on LEITNER’s quality and erected the CD6C Gvozdac chairlift in 2014.