A pioneering event took place in the Catalan capital 120 years ago, when the Tibidabo Funicular opened at Barcelona’ local mountain in 1901, thereby establishing a modern transport link to the popular summit overlook of Tibidabo, where an amusement park is also located. As part of a comprehensive revitalization of the excursion destination, which is particularly popular with tourists, the historic funicular was modernized by LEITNER from 2019. Now the funicular was ceremoniously opened. 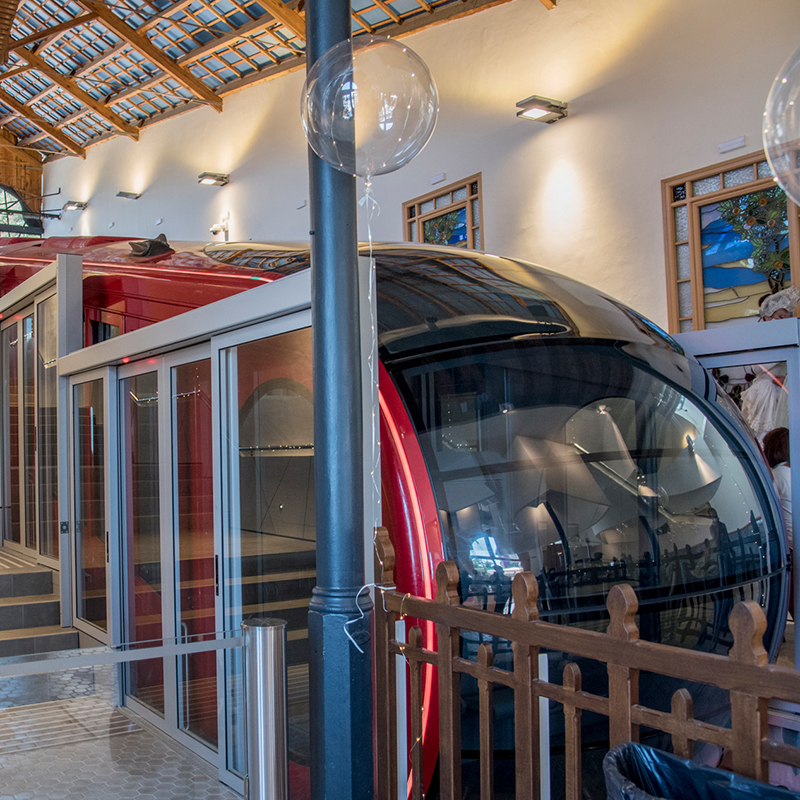 Originally, wooden cabins were employed to make the journey to the top of the Tibidabo at 512 m. Over the past decades, several upgrades were carried out, the latest of which took place in 2008. Now, as part of a comprehensive revitalization program, a completely new chapter has been opened. This already started with the name, which has been chosen in 2019: Thus, the funicular will be integrated into the existing amusement park as "Cuca de Llum" (Firefly) as a modern attraction.

LEITNER was responsible for the modernization of the funicular control system, the delivery of two carriages, and the installation of the sheaves, tracks, station equipment, and automatic platform doors. The introduction of a new safety system ensures compliance with current regulations governing ropeway and funicular transport. Additional safety features include the use of fireproof elements, improved door opening and closing systems, and the installation of video surveillance and emergency lighting. The funicular’s traveling speed increased from four to ten meters per second and its transport capacity increased from 120 to 252 people per journey. 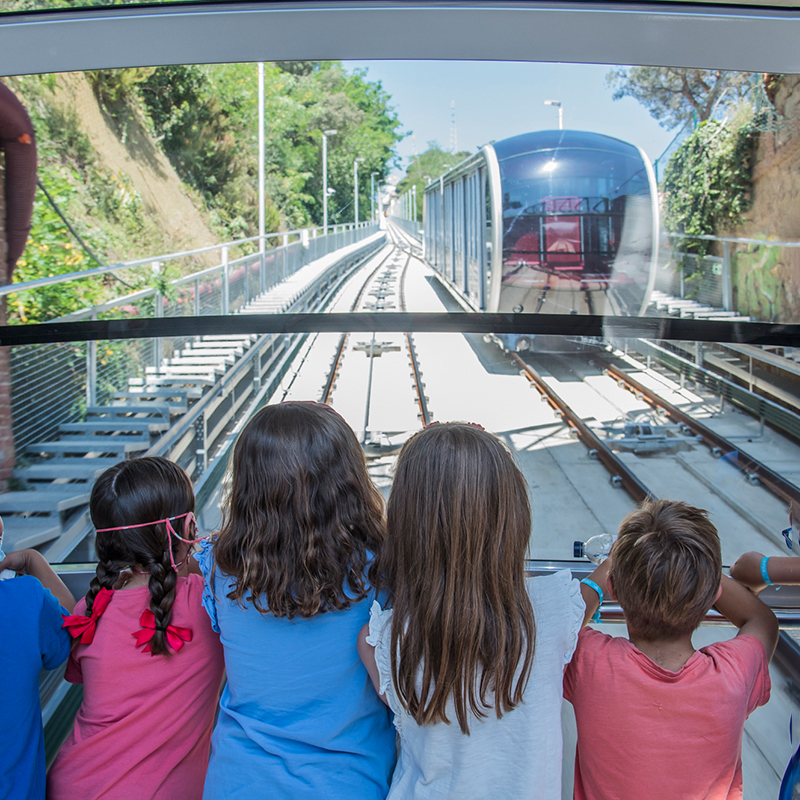 Along with the installation of numerous new technical systems and equipment, the project was focusing on design aspects that create more space in the carriages and offer more comfort and a better panoramic view. In addition to a noticeable reduction in noise and vibration, air conditioning systems, barrier-free access and ergonomically designed seats contribute to a relaxed funicular journey. The seats are semi-transparent, and thus have the effect of making the cabin space appear even larger.
The funicular makes an impression at night, especially after the installation of a distinctive futuristic exterior lighting system. The interior is also particularly innovative, as the cabins are outfitted with tablet computers that offer passengers entertainment and information about the recreational park’s history and the development of the funicular ropeway.

LEITNER implemented the project via its Iberian subsidiary "Telèfericos y Nieve” and in cooperation with the Barcelona-based architectural firm "MIAS Architects". The opening of the ropeway took place on June 12, 2021.