Kakolanmäki hill in Turku is a special and also highly prominent place in the 2011 European Capital of Culture. While the jail built here in 1853 housed prisoners until just a few years ago, the area is now being transformed into a new urban district. In line with this development, the hill is now being connected to the surrounding areas by local public transport. The city chose an inclined elevator by LEITNER ropeways, which ferries passengers free of charge to and from Turku’s public transport network. The system was officially opened some days ago to the sounds of the well-known Italian folk song ‘Funiculì, Funiculà!’. 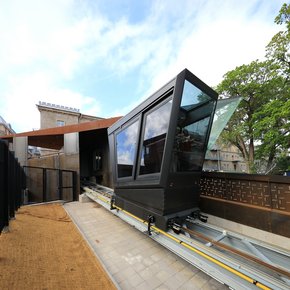 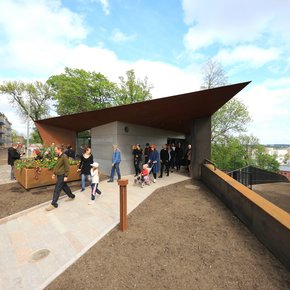 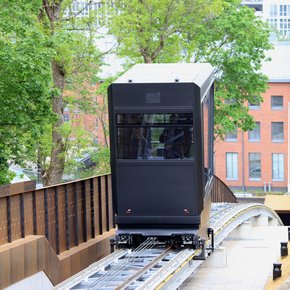 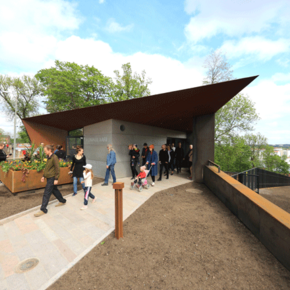