In the Turkish coastal town of Beşikdüzü, the community will focus on the comprehensive expansion of tourist infrastructure. The new LEITNER ropeways aerial tramway, which runs directly from the beach to the panoramic Beşikdağ mountain, became the centerpiece of the overall planning and, just a few months ago, was handed over turnkey. The ropeway not only impresses with its fascinating views, but also with a number of exciting technical details.

One of the longest ropeways on the Black Sea 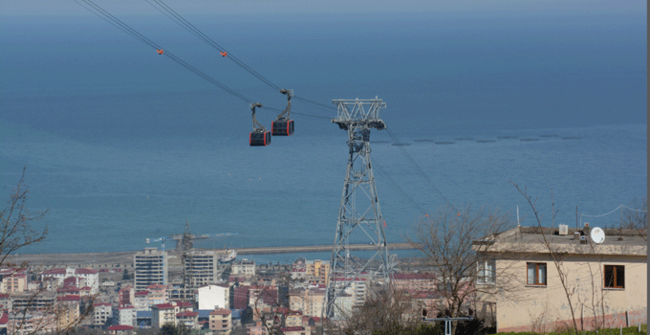 Thanks to the construction of the new aerial tramway, the tourism region just 40 km from the provincial capital Trabzon will now boast a star attraction visible from afar. With addition of a fast and safe connection between the coast and the popular panoramic Beşikdağ mountain, the city administration wants to make the recreational area, which is currently under development, more readily accessible. A LEITNER ropeways aerial tramway is therefore ideal for the project. With a capacity of 55 passengers per cabin, 400 people can be transported per hour and direction of travel. The two cabins are each equipped with 16 seats in addition to LED lights on the outside of the frame and on the ceiling. In addition to state-of-the-art transport technology, the project also boasts special structural features. The ropeway spans a distance of three kilometers and is thus one of the longest ropeways on the Black Sea. It has four towers, the highest of which rises an astounding 72 meters into the air. Another challenge for the LEITNER ropeways team was the installation of the ropeway cables themselves, as an important high-voltage line at a height of 15 meters runs across the ropeway route. 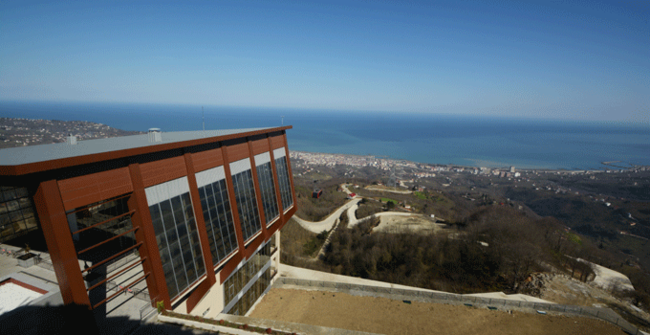 The restaurant and bar at the top station, which has been integrated into the slope in an architecturally appealing way, is the true eye catcher of the facility. It comprises six floors across 35 vertical meters! In the future, guests will be able to quickly access the local recreational area and hotel, which are currently still under construction. Previously, the area could only be reached by road. But now thanks to the new aerial tramway, the journey will be faster and more environmentally friendly. 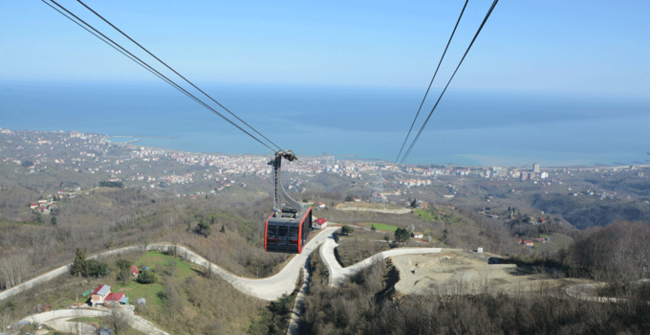 The city administration of Beşikdüzü expects the overall project centering on the new ropeway to make the entire region more attractive for tourists. Due to its pleasant climate, the area is particularly popular with tourists from the Arab states. Thanks to this new attraction, locals and tourists will even be able to experience two LEITNER ropeways highlights in the near future: Seven years ago, the company built an 8-passenger gondola lift located just two hours away by car. Still a popular recreational area in its own right, the ropeway leads up 300 m in elevation from the beach at Ordu to the Boztepe recreational area with its amorphous station buildings.